One day, I was trying to calculate the distance between two coordinates. As I find visualizing degrees of longitude and latitude on a globe very difficult when all I have is a flat map in front of me, I decided I’d need some help in understanding.

I found a small, red ball. It was dirty because it’d been sitting outside for at least a year. It ruined at least one page of my textbook. That page (which shall not be numbered) now has crumbs of dirt all over it. I chose to ignore that, even though the fact that I am writing it down now means that it still bothers me.

I tried to use the ball to help me visualize the various coordinates, so I could finally calculate the shortest path between them. I used a lip balm container as one marker and a pen as the other. I concluded that the answer was a lot simpler than I initially thought and calculated the distance.

“This method works quite well,” I said to myself. “I should use this more often. I don’t even need an actual globe!”

I went to get a coffee and something to eat. When I returned, the red ball had become just a red ball again. And what should you do with a small, red, bouncy ball?

So I bounced it, and bounced it, and bounced it. I played with the small, red ball until my arms hurt. And I completely forgot about learning how to calculate routes between two points on Earth, because I had encountered some playful spirit that decided that bouncy balls should be used to throw against walls, like I used to do when I was little, all the time, too.

Hello, my name is Kee 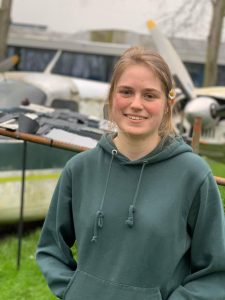